I meet lots of great children at school, festival, library (and even ferry!) events. Many of them are writers themselves, so here is a place for them to show their stories, poems, picture books and other writing to the world!

A huge thank you to all the writers (and their teachers and parents) for sending me in their lovely work.

I had an amazing time at Adderley Primary School on 28th-30th November, 2012. Here's some great writing they've sent me. One girl gave me a lovely piece below before I left but she didn't put her name on it. I'd love to have your name and class (if it's you, please contact me via here and tell me something about the story and our chat about it so I know it's you! Then I'll put your name up). Thank you.

It's raining, it's pouring!

It rained, it poured

and all the teachers snored!

I hope it doesn't rain next morning!

There was a man who went to a fancy dress ball,

He decided to risk it

and go as a biscuit,

And that's why his dog ate him up in the hall!

Thank you so much, Abdulhakeem! You've really made me laugh. I love it how you've rhymed risk it and biscuit. Keep rhyming. These are great! All the best, Clare.

The Princess with a Pet Lion, Adderley Primary School, November 2012

Once there was a princess named Ellah who was very pretty and really wanted a handsome prince. She asked every prince in the beautiful land. There was one left and that one said "Yes!"

They got married and he saw the lion. "Help!!!" he cried. The prince ran away. The next morning he looked at the lion but he was not there... "Phew," he sighed heavily.

He woke the princess with a shake.

"The lion escaped. The lion ESCAPED!"

"I'm going to the zoo to get a new pet lion!" she said whilst putting her best dress on.

She got to the zoo. "I want a lion!" she commanded.

"OK, OK," they shouted, rushing here and there.

"Here you go. A golden haired lion, just for you, your majesty."

"Thank you." She turned round. "Let's go home for breakfast."

Hope you enjoyed it!

Thank you -I really did enjoy it! Especially the bit about them rushing here and there. Keep writing! Clare.

Down in the Jungle, by Owls Class, Brailes Primary School, after Fantastic Fun With Words, October 2012

Down in the Jungle (inspired by Roald Dahl's The Enourmous Crocodile)

Down in the Jungle I saw a crocodile

Lying on the banks of the muddy River Nile.
He smiled at me with shiny white teeth
Whilst eating my dear friend called Keith.
I turned and fled behind a tree
Because I didn’t want him to eat me!


Suddenly a nut dropped on my head.
It hurt so much I thought I was dead.
“Where did it come from?” I said.
Looking up filled me with dread.
I saw two little beady eyes
And then I heard some monkey cries.
Oh I had such a surprise
It was Cheeky Chimp eating banana pies
“Come with me,” he said, “we’ll have some fries!”


He led me along the forest floor
I couldn’t believe the things I saw!
Eventually we came to a large clear pool
And saw an elephant keeping cool.
His ears were large, his trunk was long
He seemed very happy trumping a song
Then he squirted water at Cheeky Chimp monkey
Who screamed and laughed “Oh stop Trumpy!”
Trumpy winked his beady eye
Then walked away and cried, “Goodbye!”


The water bubbled and went brown and lumpy
Cheeky Chimp cried “Oh Grumpy Thumpy!”
For through the water that had been clear
There poked out a small brown ear
And then a large and podgy tum
And then an even bigger bum!
A hippo waddled out of the pool
I felt afraid and then a fool
For Cheeky Chimp said he was friendly and kind
The nicest hippo you could ever find.


Unexpectedly in a multicoloured flash
Something very large landed with a crash
It sent me hurtling in a dash
Right into the river with a great big SPLASH!
I couldn’t hold my breath so I quickly scurried out
Up on the banks Cheeky Chimp rushed about.
A creature was fidgeting and flapping its wings
Pecking around trying to eat ants and things.
The bird was something I’d never seen
With a beak so sharp it looked rather mean.
It then jumped into the air squawking a song
and spread out its tail which was beautifully long.
This tail was a rainbow of purple, blue and red
Cheeky Chimp smiled and then he said,
“Jazzabella is the name of the bird.
Did you like that tuneful song that we heard?
Now it’s time that we leave her and say goodbye.”
The bird flapped her wings and then took to the sky.


I’ve had loads of fun, but it’s time to go.
I didn’t want to leave, no, no, NO!
But I can’t stay in the jungle forever
It’s much too hot and I don’t like the weather.
I need to return to the big wide city
My friends at home will be in such a pity.
The cocoa was yummy but I wanted my mummy
I need a good steak dinner in my tummy!
“Farewell Cheeky Chimp, I hope to see you again.
Next time you’re in Brailes come and pop down my lane."

Thank you so much to all the children in Owls Class and their teacher, Ms Jarrett, for this wonderful class poem. It was a pleasure to meet you all, Clare.

Once upon a time there was a boy and a sister and a mom. One day the mum was hanging out the washing on the washing line when Bob came running down and told mom that he had found a stone but not just a normal stone. It was bright and gold and shiny. Mom was shocked and said to Bob “you’re the best boy in the world to find a stone”.

Then Bob’s sister came down from upstairs and said “what an earth is going on?” then Mom explained what had happened then his sister said “you’re the best boy in the world to find a gold stone”.

Soon it was morning and Bob got up and went downstairs to have some Weetabix. After his Weetabix he got dressed into his school uniform and then Bob left the house and walked to school. At school Bob told his teacher about his stone then the teacher showed the class his stone. The class was amazed by Bob’s stone then at school it was time to go home.

When Bob got home he went on the computer to find out information about his stone he had found. In the morning Bob told his teacher about the information he had found out then the class cheered for Bob.

Click on the first picture to start the book... 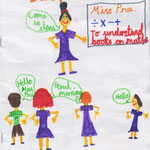 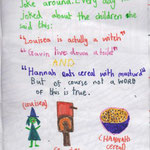 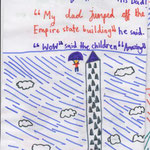 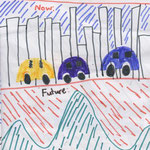 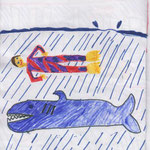 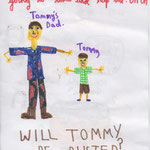 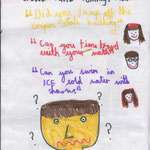 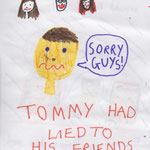 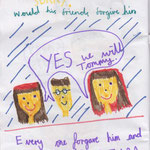 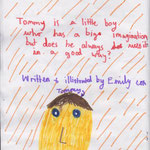 “… I love this story! It’s beautifully told and I love the way it shows the power of the imagination to take you wherever you want to go….a great story [which] has something to say to all children…”

“a fun read aloud… full of life” Books for Keeps

“a great story to encourage independence and confidence … ” Carousel